Pharma marketing campaigns were not supposed to be fun and engaging earlier, but we are now living in 2022. Nowadays pharma marketers know how to involve their customers creatively in their campaigns and get the best results out of them.

What are Pharma Marketing Campaigns?

We often hear that content is king, it is great content that drives marketing campaigns and makes a brand stand out from the crowd. Today you will understand this saying by looking at some notable pharma marketing campaigns that have grabbed headlines. Yes! You read that right, it is not about the general product that you see advertisements for on a daily basis but it is about the pharma industry where marketing campaigns like this Attract enough people around the world to make their heads spin.

Below are 5 notable examples of pharma marketing campaigns that are headed in the right direction by providing meaningful, engaging, and entertaining content.

We often hear that content is king, it is great content that drives marketing campaigns and makes a brand stand out from the crowd. Today you will understand this saying by looking at some notable pharma marketing campaigns that have grabbed headlines. Yes! You read that right, it is not about the general product that you see advertisements for on a daily basis but it is about the pharma industry where marketing campaigns like this Attract enough people around the world to make their heads spin.

Below are 5 notable examples of pharma marketing campaigns that are headed in the right direction by providing meaningful, engaging, and entertaining content.

Chronic obstructive pulmonary disease (COPD) is a kind of lung problem that causes shortness of breath. In China, 100 million people are diagnosed with COPD every year. But the main concern here was not the disease, but its awareness, people already diagnosed with COPD were very high, but still, a large number of people were not discovered. GSK, along with McCann Health and WeChat, found an effective way to diagnose people with shortness of breath.

The Breath of Life program was developed in partnership with China’s popular messaging app WeChat, where early symptoms of COPD can be tested when a user blows air into their mobile’s microphone resulting in traditional Chinese painting being done on the mobile screen. 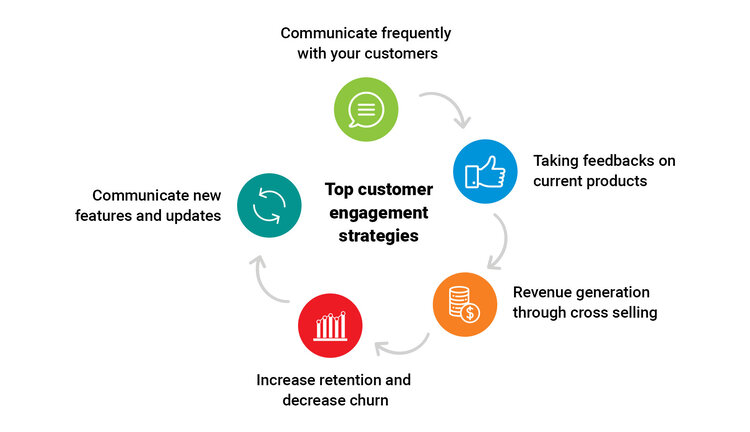 If the painting is at least 70% complete it is likely that the user is free from disease. If not, they were advised to get tested. The campaign received a massive hit of over 10,000 clicks in its first week of launch and the numbers continued to grow. “Breathe of Life” was so successful that it won the Grand Prix prize at the Cannes Ed Festival.

Sickkids Vs. This Is Why

SickKids is Canada’s largest charitable fundraiser for The Hospital of Sick Children (SickKids) for health research, care, and learning. Every year since 2016 they start a VS campaign with some motto to raise awareness and funds for the children fighting the deadly diseases. In 2019, The SickKids VS: This Is Why campaign was launched to share the realities and difficulties that patients and care workers face every day, bringing to life those who have spent time in the hospital. Haven’t spent it.

You can never see it. But that’s why we fight.

The campaign was launched with a 2-minute video featuring over 40 SickKids patients and 25 hospital staff members. Along with this video, a series of short videos were also introduced for patients and staff to share detailed stories. To date, the SickKids Foundation reports that its VS campaign has reached 75% of its intended $1.3 billion goals.

Rosacea is a common skin condition that causes redness and visible blood vessels on the face. It can also produce small, pus-filled red bumps. It was estimated to have affected around 40 million people worldwide. The strategy was to create a marketing campaign that highlighted the effectiveness of the product (Soolantra) in eliminating rosacea.

It was shown in personal and non-personal channels to make the campaign a success. Sales reps use a short-animated video clip on a tablet during their sales call. The campaign has also appeared on online platforms in the form of banner advertisements, email marketing, and in print media in the form of brochures, flashcards, comics, posters, etc.

The campaign results were skyrocketing, with Solantra’s market share jumping to 6.2% in just 8 weeks of launch, and Solantra’s awareness growing massively as the total average prescription was around 5000 per week. Revenue also exceeded estimates.

Sanofi-Aventis is a French biopharmaceutical company focused on human health. To position its Toujeo diabetes product in the market, Sanofi wanted to launch a multichannel program with HCP to support patient education along with greater awareness. Providing high-quality interactive content to sales reps was also part of the communication plan.

An integrated marketing toolkit was developed to support HCP engagement and patient education. Interactive sales tools with dynamic UI/UX were designed and deployed in the IQVIA Nexxus MI environment. The multi-pronged approach provided information on product description, dosage, administration, mode of action, and safety and efficacy.

In 6 months, over 30,000+ physicians were targeted and assigned to Toujeo, and patient education, as measured by visiting landing pages for Toujeo, increased by 35%.

Veritas was an innovative e-learning platform for veterinary education that combines material on medical knowledge, practice management, and communication skills to provide an engaging, interactive learning experience. Awareness and understanding of Veritas within the veterinary community was limited but was growing.

The marketing strategy utilized a range of channels to increase awareness and adoption of Veritas as a one-stop-shop e-learning platform to meet the content needs of veterinarians.

There was a 70% increase in platform registrations and course purchases within the first 4 months of the launch of the marketing communications campaign. Veritas has received broad-based exposure at industry conventions, and a number of third-party partnerships have been established.

So here it is, these were some remarkable pharma marketing campaigns that showed how uniquely exciting and powerful messages can be delivered to people around the world. To become a successful pharma marketer, one must see these campaigns and take inspiration that once you start thinking outside the box you can attract attention and be successful in achieving your desired results. The right approach requires an intuitive way.